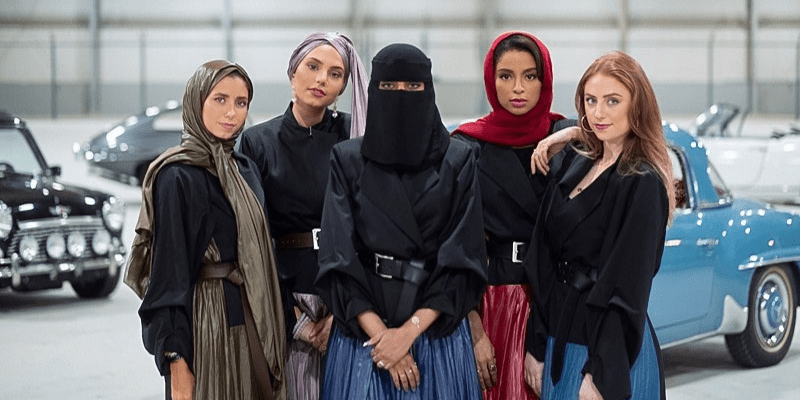 Women are getting more jobs than ever in changing Saudi Arabia.

In 2020, Saudi Arabia was ranked as a top reformer on women’s rights at work. According to the World Bank, Saudi Arabia has made significant improvement since 2017, affecting mobility, sexual harassment, pensions and workplace rights.

The scene is the opposite of what most workplaces in the conservative kingdom looked like a few years ago, reflecting the growing influx of women into the job market.

It looks like a woman’s world on the 29th floor of Tamkeen Tower, where a call center for Saudi Arabia’s General Authority for Statistics overlooks the beige sprawl of Riyadh. Past frosted glass doors, the few men to one side of the room are vastly outnumbered by female colleagues sitting at desks spread across the office.

The scene is the opposite of what most workplaces in the conservative Islamic kingdom looked like a few years ago, reflecting the growing influx of women into the job market. “Look where we were and where we are now,” says Reem Almuhanna, 31, who oversees the call center’s 74 employees as they gather data on households and businesses.

Crown Prince Mohammed bin Salman, 35, is overhauling the economy to prepare for a post-oil future and striving to create jobs amid sputtering economic growth. With the cost of living on the rise as the government cuts gasoline and electricity subsidies and introduces new fees and taxes, including a 15 percent value added tax. Saudi households increasingly depend on women working.

As a result, social and economic changes are ripping through the country –upending traditions, changing women’s lives all across the class spectrum, and stirring resentment among some conservative Saudis. The state, facing pressure from foreign governments and human-rights groups over its clampdowns on dissent, recognises that the narrative of female empowerment may help burnish its reputation abroad. But the changes are not illusory.

Gender segregation – once strictly enforced by religious police – is gradually dissolving, not just among the metropolitan elites, but even in conservative provinces such as Qassim. Men and women who aren’t related can mingle openly at restaurants now. Many offices are mixed, as are music festivalss and business and professional conferences.

Although decision-making remains largely in the hands of men, female participation in the workforce increased from 19 percent in 2016 to 33 percent last year, according to the statistics authority’s Labor Force Survey. “The government’s strong commitment to Saudi female empowerment has been the main driver,” the Ministry of Human Resources and Social Development said in a statement to Bloomberg News in March.

Increased female participation in the labour force was the only goal set out in Prince Mohammed’s Vision 2030 framework to be met a decade early, with Saudi women taking jobs as waitresses, cashiers, and police officers. In the process, the dress code for women has loosened; jeans and uncovered hair are now tolerated alongside traditional floor-length black abayas.

The shift began under King Abdullah, who died in 2015, but it’s quickened dramatically under Prince Mohammed, now the de facto ruler. In the past five years, the government has curtailed the power of the religious police, ended the ban on women driving, and eased rules that kept women beholden to male guardians. “There is this recognition that we cannot keep going—it’s economically not sustainable—without utilising 50 percent of the population,” says Salma AlRashid, chief advocacy officer at Alnahda, an ­independent non-profit focused on women’s empowerment.

Few people have lived the changes in Saudi Arabia as viscerally as Ahlam Eisa, a 32-year-old mother of four who works in a women’s clothing shop in Riyadh and drives for Uber Technologies Inc. and other ride-­sharing companies to make extra cash, all while studying for her high school diploma.

Born in the south, Eisa got married and moved to the capital when she was 19, living the kind of closed-off life typical for many Saudi women. She divorce three years ago jolted her into an alternative universe where women worked and unmarried couples ate together in cafes. “I didn’t know what the world outside was,” she says. “I was in a bubble.”

Today, Eisa drives around Riyadh in a silver Hyundai Accent, her short hair styled beneath a gray hooded robe. The car, which a local charity helped her buy, has transformed her life, she says. Now her focus is to finish school and then train as a nurse. One of her daughters wants to be a flight attendant; the other, a makeup artist. “I realised that with or without a man, I’m making my life beautiful,” Eisa says. “Everything in this era is available for women.”

With more women entering the workforce and a youth bulge changing the shape of the labour market, it’s been hard for the economy to keep up. This is particularly true now that economic growth is sputtering. Gross domestic product shrank by 4.1 percent last year; this year, according to the International Monetary Fund, it’s expected to grow by 2.9 percent, which is relatively weak compared to the oil boom years.

Many of the jobs opening up for women are lower-paid and include roles once filled by workers from Asia and other Arab countries. For a decade, Saudi Arabia has sought to tackle high unemployment among its citizens by encouraging companies to hire them over foreigners, who remit much of their earnings to family members in their home countries.

These efforts have intensified under the crown prince. The government has imposed levies on employers that hire foreigners, fees that expatriates pay to allow their dependents to reside in Saudi Arabia, and minimum quotas for Saudi hires in certain sectors, such as retail.

Prince Mohammed has said it’s time for women to take a bigger role. He rarely gives interviews, but he told Bloomberg in 2016: “Women are half of this society, and we want it to be a productive half.” More than two-thirds of unemployed Saudi women hold a bachelor’s degree or higher, compared with just a third of male job seekers. Getting the kingdom’s educated women into the workforce is seen as essential to the success of the Vision 2030 plan.