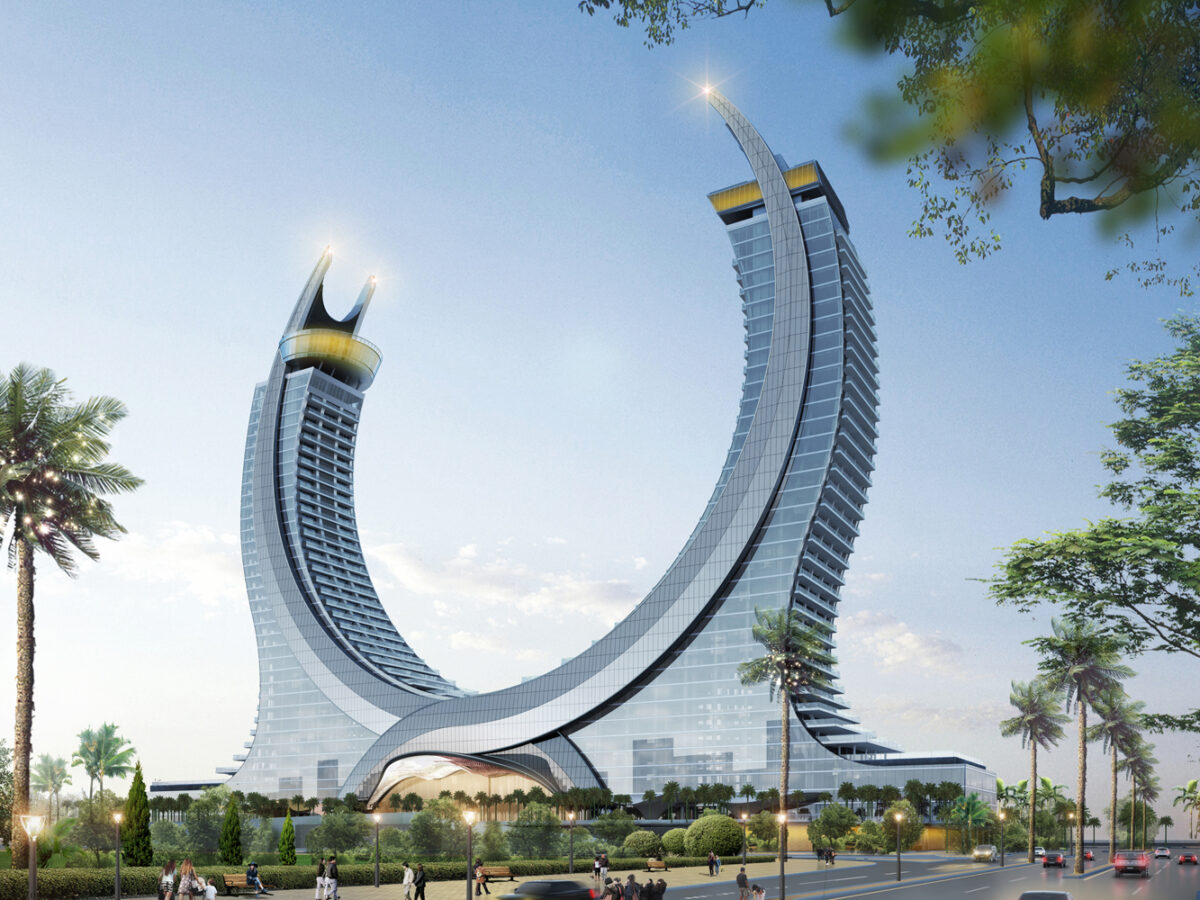 Qatar is on track to open 22 new hotels by the end of 2021. The launches equal 5,546 new rooms entering the market.  A further 17 hotels are expected to be completed by next year.

The majority of Qatar’s new supply will fall under the luxury segments, as 27 of the 46 hotels on the way will be luxury. The remainder being four-star.

Capital city Doha will have 35 of the total openings, with 9,154 rooms. Lusail, meanwhile will enjoy nine hotels with 3,631 keys.

Ambitious hotel plans across the region

On an industry-wide level, hotel construction has contracted slightly in the MEA region, though less so than in the Americas. As of July 2021, MEA has 135,740 rooms under construction, a 3.6 percent YOY drop, and 45,313 rooms in final planning, a nine percent drop.

Hotel construction pipeline in the region is dominated by Saudi Arabia and the UAE, but Qatar is investing heavily in its tourism sector in the build-up to the World Cup.

Authorities recently announced ambitious plans to open 105 new hotels and serviced apartments as it readies for the tournament.

Akbar Al Baker, Qatar Airways group chief executive and secretary general of Qatar National Tourism Council, said: “We are continuing to expand our tourism offer to ensure guests enjoy the best of Qatari hospitality while being able to choose a hotel, resort or serviced apartment that accommodates to their budget and needs.

“These upcoming properties are part of our strategy to diversify our offering and broaden our appeal to visitors. We are pleased to expand our global tourism offer in line with Qatar National Vision 2030 and provide travellers with more options to experience the very best of Qatar.”

While there are many to choose from, a handful of recent hotel announcements stand out from the crowd as the most exciting.

At Arabian Travel Market this year, Melia Hotels announced the ME Doha, a luxury hotel set to open late this year.

The ME brand is one of the group’s most luxurious, with the ME Dubai immediately gaining recognition for its striking design thanks to the late Zaha Hadid – with the Dubai hotel being her final project before she died.

ME Doha will be located within the Doha Live complex, a new development of modern and lifestyle-driven shops, restaurants and wellness facilities. The hotel will boast 235 keys, MICE facilities, an infinity pool and a range of dining options.

A ¨six- star¨ Hotel from Accor

In February of this year, French hospitality group Accor signed a two-fold management agreement for its Raffles and Fairmont brands in Qatar. Fairmont Hotel, and Raffles Hotel & Residences will open at Katara Hospitality’s striking towers in Lusail, with one of the hotels lined up to be a ‘six-star’ property. Accor told Hotelier the ‘six-star’ rating is likely to go the Raffles property when it opens in 2022 alongside the Fairmont Hotel.

Designed as an architectural representation of Qatar’s national seal, the arched towers will house both properties. Fairmont Hotel will likely have 361 rooms and suites, while the Raffles will have 132 suites and 49 apartments. The Raffles hotel will also have its own boutiques, VIP movie theatres, restaurants and a cigar lounge.